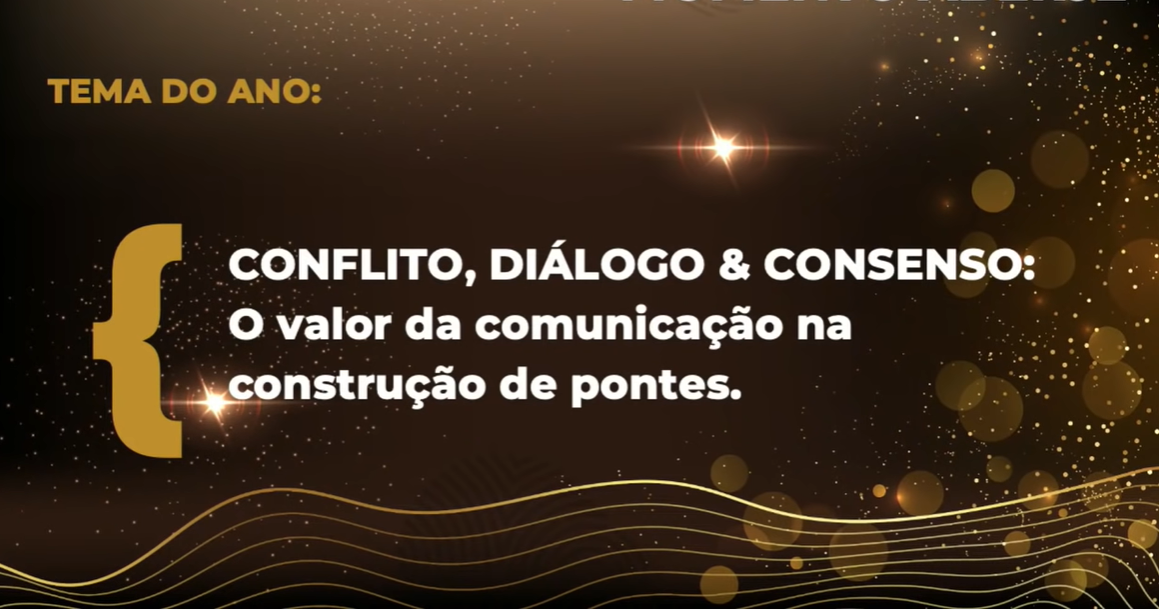 “Conflict, Dialogue & Consensus: The Value of Communication in Building Bridges” is the theme for the year 2022 to guide Aberje’s work over the next few months.

Given growing concern and awareness of organizations and the corporate world of the need to address conflict in a democratic and plural way, Aberje proposes the role of communication in building bridges to strengthen democratic values and inclusive processes as the theme of the year.

As the social domain is always constituted by a plurality of visions of how society should function in practice, no consensus can extinguish social difference. Nevertheless, a communicational approach that takes the plural and competitive nature of human interaction seriously deals with democracy not simply as a system oriented towards procedural consensus building. It also sees it as an ethical stance that embraces difference as a constitutive feature of any peaceful social process.

The 2021 edition of “Valor Setorial Comunicação Corporativa Magazine” – a partnership between Aberje and “Valor Econômico” financial daily – launched in December, features the article “Dialogue and consensus, but without escaping conflict” by Aberje directors Paulo Nassar and Hamilton dos Santos. They wrote: “On the eve of another election year, it is always good to remember the decisive role of communicators in building consensus of fundamental importance for the life of a democratic and prosperous society. However, this time, that role will be even more decisive for two reasons. First, because – even amid heated moods and radicalized discourses – it is time to value a culture of divergence, one that guarantees a genuine and civilized plurality instead of a culture of fake consensus, one that sweeps problems under the rug. Second, because never as in today’s post-pandemic days have communicators from companies and institutions had such a formidable opportunity to – through even more active participation in the public debate – consolidate the undeniable empowerment that they were instituted during the crisis of Covid-19.”