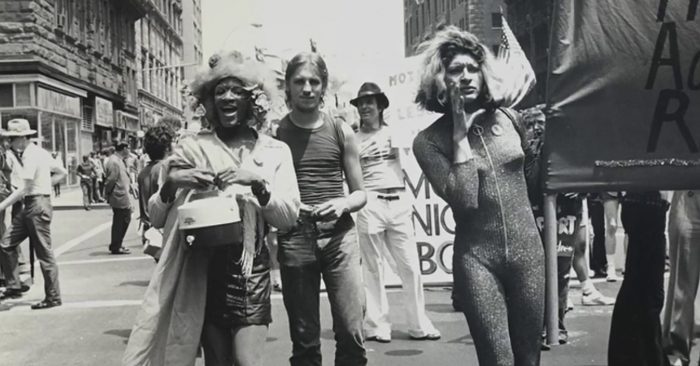 You probably already know that June is LGBTI+ Pride Month. You may also know that the choice of date is due to facts that occurred 50 years ago, more precisely on June 28, 1969, in the United States. What you may not know is the details of this story, so I decided to write this article in celebration of the #ProudAtWork LinkedIn campaign.

The symbolic rise of the LGBTI+ movement occurred at the Stonewall Inn pub, frequented mainly by homosexuals in New York. Police beatings and scenes of prejudice were common in the pub until the regulars decided to rebel. The open clashes drew attention to the situation to which that group was subjected and led to the greater articulation of LGBTI+ people.

In fact, Stonewall is the high point of a narrative that began to draw a few decades earlier. The first gay organization emerged in 1924 in the United States. It was a very embryonic experience, inspired by what had already happened in Germany a few years earlier. Sometime later, in 1933, with the end of the Prohibition and the resumption of alcohol sales, several American cities witnessed the opening of bars. Some of these establishments were directed to the socialization of homosexuals, although this fact was obligatorily disguised – homosexuals were not allowed to carry a license.

Later, WWII influenced some new associations, especially due to the increase of women in the labor market and homosexual activism. In this sense, according to Alessandro Silva (2006), the most significant fact was the formation of networks of support and relationship between gay people. These networks emerged among the women who stayed in the United States and men in the front. Proximity and context would have allowed for a sharing of experiences that would facilitate, after the war, the articulation around common demands and also the greater visibility of historically marginalized identities.

In the late 1940s, Kinsey’s research, which you may know from the Kinsey movie, also helped to raise awareness of the homosexual issue, especially by claiming that at least 10% of American men maintained or had maintained some kind of homosexual relationship.

The following years saw the emergence of organizations that focused on the rights of homosexuals in several US cities. There was, however, persistent police persecution, bribery and extortion, and the demand for “sexual favors” in gay and lesbian bars.

Finally, in 1969, regulars of Village’s Stonewall Inn decided to rebel. In this respect, two notes are worth noting.

Firstly, although the events of that night of June 28, 1969, are not absolutely clear, it is said that the trigger of the revolt was the aggression that a lesbian suffered from a policeman. There were tension and siege to the police, and a trans person would have shouted: “You already got, and here’s some more.” The phrase encouraged regulars to throw coins at police officers. It’s an epic scene, according to the literature.

Secondly, Stonewall entered into history as an almost exclusively gay event, which is incorrect and disregards the participation of lesbians and trans people in the process of affirming sexualities that dispute the existence of a heterosexual matrix. Stonewall had significant repercussions in the US society, and a year later, on June 28, 1970, the first LGBTI+ Pride Parade was held, which is also known on the streets of New York.

In Brazil, the military dictatorship (1964-1985) made it difficult to organize social groups, which could be seen by the military regime as opponents. Moreover, issues of sexuality instigate moral judgments and religious susceptibilities, which were particularly common in a period when acts such as marches for family values were being organized. At the time, police assaults on transvestites and explicit manifestations of prejudice were even more commonplace.

The Brazilian gay movement, articulated in a more organized way, emerged in the second half of the 1970s. But that’s a subject for another article. If you find it interesting, I can write about the emergence of the LGBTI+ movement in Brazil, back in the 1970s.

Ricardo Sales is a founding partner of consulting Mais Diversidade, professor at Fundação Dom Cabral, and researcher at USP, where he graduated, held a master degree and is currently studying for a doctorate on the issue of diversity in organizations.