To value women working in the food industry, Uber Eats is producing a web series with chefs and businesswomen from the platform’s partners. The series “Histórias à Mesa” (Stories on the table) will have three episodes – the first of them already released on Mother’s Day – with women from different regions of Brazil talking about their experiences as entrepreneurs.

Uber Eats is an the app of Uber, an affiliate of Aberje, which connects users to the best restaurants in a city. On average, one in three Uber Eats partner restaurants have women in some leadership position. “This is a very important agenda for us. We want to give visibility to these women in the food industry, and unfortunately, they are still a minority,” says Thais Azevedo, marketing manager of Uber Eats in Brazil. 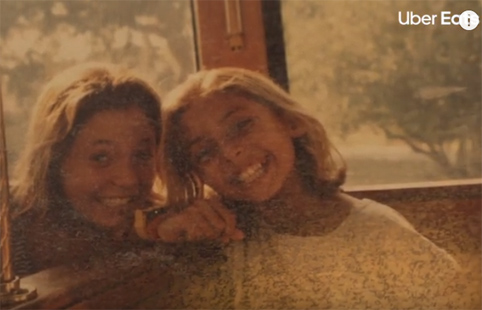 “The web series is a way of recognizing women who face double-shift in everyday life,” says entrepreneur Daniela Cheloni, from the Del Popollo pizzeria in Maceió, portrayed in the first video of the series. Cristina Sindicic, a partner at the Casa Buon Gusto restaurant in São Paulo, agrees with Cheloni.  According to Cristina, “it is important to show the day to day of women regardless of the profession so that people understand our difficulties and overcomes.”

The surveys corroborate the opinion of the entrepreneurs. The paper “Women heads of families in Brazil: advances and challenges,” coordinated by the National School of Insurance and released in 2018, indicates that between 2001 and 2015 the number of families headed by women in Brazil increased from 14.1 million to 28,9 million, an increase of 105%.

For Mariana Perdomo, the owner of the Goiania sweetshop named after her, the “Stories on the table” initiative helps to give strength and recognition to women’s history, “as well as enabling clients to know not only the product but also the enterprise itself.”