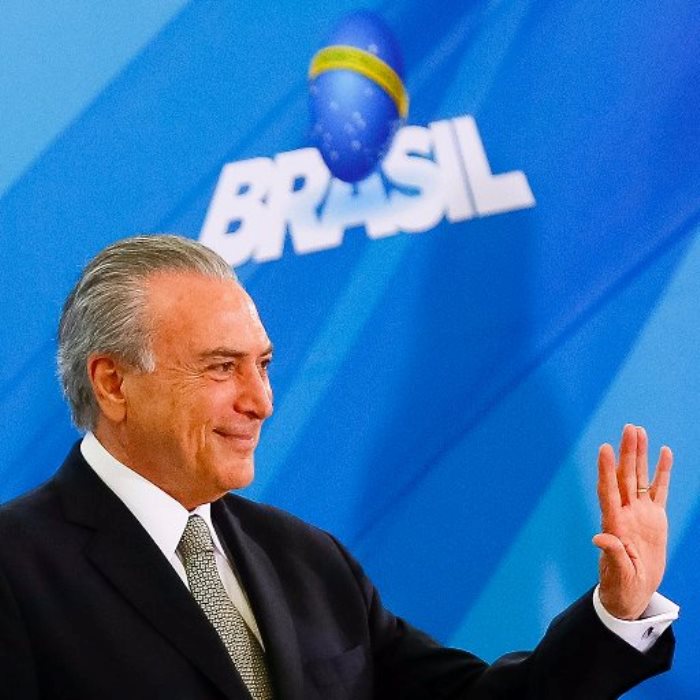 Brazilian President Michel Temer’s major asset is his ability to handle the Congress. His relations with media and society are fragile; he even moves awkwardly among businessmen. His presidency, though, came to be in a very particular circumstance: not only has he a two year term, but he also rules in times of political and economic crisis, in the midst of Operation Lava Jato (Translator’s Note: Operation Lava Jato – Car Wash -, is an initiative from Federal Police aiming to investigate and punish companies, public servants and others responsible for corruption in public contracts). This is the background in which Temer decided to move forward the reforms agenda, signalling he intends to be remembered as the “Reforms President”.

He knows now he has time enough to be the “Growth President”. The economy began to recover, even though better results are not expected until 2018. GDP forecasts indicate 0,5% growth in 2017 and 2,5% in 2018. It is not a meaningful increase when the previous fall is taken into account. If this forecast is confirmed, Temer’s approval ratings should continue to be low. Today, only 14% of the population consider his term to be “good” or “great”; “bad” or “terrible” are on the rising trend. The fact that his political party is deeply involved in corruption does not help. The same goes for his lack of a motto, like fighting against poverty or corruption. Maybe due to a lack of options, Temer chose two paths to concentrate his political agenda: regain macroeconomic stability and advance structural reforms.

Temer has appointed an undisputable authority to lead macroeconomics. State minister Henrique Meirelles has granted the government autonomy to decide or heavily influence strategic positions towards achieving its goals. It is probably the most solid economic team in the past years – even considering governments as Fernando Henrique Cardoso or the military dictators. Under Meirelles’ direct influence are Ministries of Finance, Planning and Social Security; the Central Bank and major state owned companies like Petrobras. The main goal, partially achieved, is to put Brazil back on the macroeconomic tripod seen as the best choice to assure stability and avoid external impacts. Though not very popular in the short-term, the results devised in the medium-term are enough to grant support from media and economic players.

The macroeconomic strategy seems bullet proof, but the reforms front is an open field battle, where Temer might hit his mark. The list is not long, but very meaningful: first battle won, smoothly, was the “PEC do Teto” approval (TN: “an amendment to the Constitution that will limit public expenditure), a turning point in the use of public money in Brazil. The amendment hits the engine that generates political accommodation between interest groups all over the country. Managing to disturb this dynamic is not an accounting or technical minor realization; it is a very radical political action.

Social Security, Labor, Political and Taxing Reforms are next on the agenda. The first two are planned for this semester, and the remaining two for the second semester. In this aspect, the government is not lacking in boldness. His man in Congress, Rodrigo Maia, won the leadership in an easy election – even amidst legal disputes – showing Temer’s political skilfulness. The day after the election saw Maia delivering a speech where he said he won because his commitment to the reforms and announced a special committee to study the Social Security reform and a timetable for the remaining proposals.

Temer is not expecting that all proposals will be fully approved. His strategy, to the moment, has been to compromise to get 70% of the initial points approved. Following this same line, it is almost certain that the government will get the Social Security reform through the Congress. As it has been made public, Temer will not negotiate the minimum retiring age, but he can negotiate the transition rules.

In Labor, Temer is still facing pressures, but it is expected that some critical decisions will be made soon at the Supreme Court. The same goes for the law that regulates outsourcing.

Tax reform is the one posing doubts regarding the political approval from Congress. It involves a discussion about the Brazilian federalist model, so big changes are not likely, despite the skills Temer has with Congress. It is possible that minor arrangements can be made, but not a reform.

Counting on an aggressive agenda of reforms, Temer is bound to leave quite a legacy, despite all the obstacles he faces outside Congress, like his low approval rating. Unless a political earthquake happens, that is.

Ricardo Sennes is a managing partner at Prospectiva and a specialist in political and economic scenarios, the formulation and implementation of public policies, and the evaluation of their impacts on companies. He has experience in industrial policy, industrial promotion, and international integration. Sennes possesses a doctoral degree and a master’s degree in political science from the University of São Paulo (USP) and serves as the general coordinator of the university’s leading international affairs think tank (Gacint). He is currently a non-resident partner of the Atlantic Council’s Latin America program, a member of FIESP’s Council of Strategic Affairs, and a member of the council overseeing of the journal Foreign Affairs (Mexico and the United States).