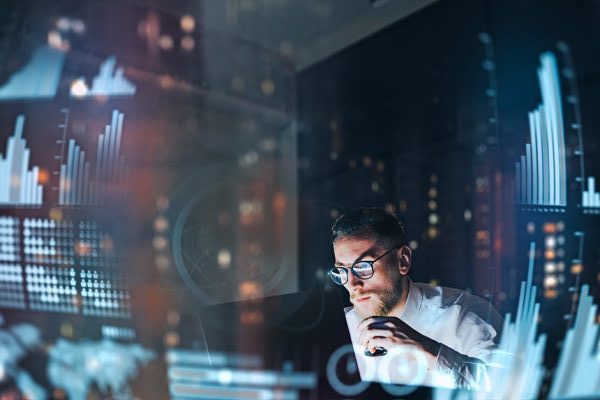 Why 4.0? Since the term is on the rise and not everyone understands the meaning, I’ll explain: 1.0 is synonymous with old and non-digital, since 2.0 and 3.0 were in fashion, but were overcome by the 4.0 wave, which is here to stay.

It sounds like a joke, but that’s right. Being 4.0 is being embedded in the vibe of digital transformation. This 4.0 business wave hit from the delivery service of your local deli to the banking service which turned digital. And now, inevitably, the term has reached the world of advertising agencies, digital marketing, and PR. Everything is turning 4.0!

The change in consumer behavior of content – which tends to be digital and omnichannel, but trending towards the mobile – directly influenced the media. Traditional media such as newspapers, magazines, and TV have lost their audience and, consequently, the volume of advertising. Traditional TV channels tried to react by investing in cable channels, but content streaming services, such as Netflix, knocked out everyone. To the general surprise, the media that best fit the new behavior of the audience has been the radio, which migrated to the applications and broadcast their programs in audio and video, by Youtube and Facebook, with live broadcasts.

During all this, the impact on all agencies was huge. The TV advertising BV of the major advertising agencies shrank. PR agencies have had to reinvent themselves and learn to relate to new influencers, be they professional or niche spheres. In turn, digital marketing agencies must focus their campaigns not only on engaging the public with brands but also and especially on supporting business and generating leads by digital marketing to support the digital transformation of the business. Customers are tired of buying only the ingredients of the recipe. Now, as a general trend, they want to “buy the ready dish.”

Everything will have to converge to a single arena, whose interests of the client will have to be attended to in a full and integrated way. It implies two meanings:

In fact, it seems like that the size will segment the market. Large advertising agencies will incorporate digital marketing, and sometimes PR, into the larger, primarily global, customers. And amid small and midsize businesses, the trend is that the merger of PR agencies with digital marketing can meet the demands of these thousands of customers. These engines are being switched in flight, and those who survive will be ready the change.