Stéphane Engelhard, VP of Institutional Relations, Sustainability and Communication at Grupo Carrefour Brasil, speaks exclusively to Portal Aberje about the case of racism in which a Black customer died in November 2020 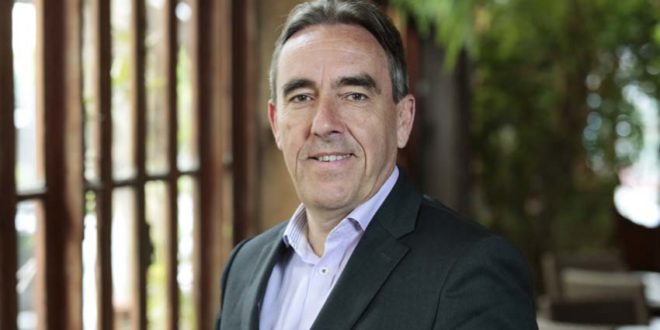 The Carrefour Group has been continuously working on sustainability and social responsibility guidelines for years, from product traceability to diversity strategies with various minority groups. However, the death of Black customer João Alberto Silveira Freitas by security guards from the outsourced company inside a store in the city Porto Alegre in November 2020 raised a series of questions within the company related to processes, culture, and communication methods.

Engelhard talks to Aberje about the initiatives concerning diversity and inclusion – and the ESG theme in a broad sense–in the last two years, amidst the Covid-19 pandemic, and crisis management, public relations, and organizational culture.

What are your duties at the Carrefour Group today?

Stéphane Engelhard: I am responsible for external communication, sustainable development, and social responsibility. In other words, a range of activities to communicate well with both the outside world and at home.

There is a person in charge of external communication, Regina Maia, who works with a team and communication advisors. So I look outside the company and know what external inputs can directly affect us. If there is an incident in a store, for example, there is a relationship of responsibility with the government, consumers, and more. All of this impacts at home, and that’s why we understand that this unified structure makes sense in Brazil, where things are very dynamic.

Is the global model similar?

S.E.: No, it is not. Communication in France has an executive committee member dedicated exclusively to communication. In Brazil, we chose to aggregate the functions also by local dynamics.

Has ESG gained strength in the company and impacted the communication plan?

S.E.: The ESG agenda is critical and has gained a lot of momentum over the past two years. During the pandemic, especially. Until a while ago, at the end of 2017, we were looking at sustainable development and social responsibility, but we understood that it needed an even greater focus. In 2018, we launched the Carrefour 2022 plan with two main pillars: the food transition – which is how we can be a leader in the sector with quality products and fair prices – and digitization. With the pandemic, both have accelerated, as we have a consumer increasingly seeking information about what we do, about the company, and the products. For all these questions, we have to provide answers.

We are the leading beef buyer in Brazil, a country with a deforestation issue. As a food retailer, what can we do to ensure that we are not buying from deforestation farms, for example?

In 2017, we implemented a service provider that performs geo-monitoring on farms via satellite. Traceability is key to ensuring quality. Another example is a series of improvements to register the supplier and a series of searches to confirm the supplier is not using slave labor.

Initiatives like these were accelerated in the pandemic. Also, with people spending more time at home, a certain glamor is linked to food issues. The ritual of family meals, for example, has speeded up the search for quality food.

How does the pandemic has intensified the communication of actions to consumers?

S.E.: The food issue was driven by a concern with quality, but at the same time, the purchasing capacity decreased. We acquired a food tech startup, Cybercook, which collects recipes and has helped consumers better understand how to eat well and at a fair price.

Last year we also ran food donation campaigns, donating 20 million reais worth of food in Brazil. We did this genuinely and communicated it a lot, including in stores.

How do diversity and inclusion fit into ESG actions?

S.E.: Carrefour has been working for a long time on the issue of diversity and inclusion. We were recognized in the last ten years for good practices. Still, last year there was the tragedy [of the death of João Alberto Silveira Freitas] in Porto Alegre, Rio Grande do Sul, on the eve of Black Consciousness Day and amidst the local elections.

We understood that we misinterpreted a lot of things we thought we were doing well. We also understood that there is structural racism in Brazil and that we can help society change through a significant mobilization within the company. First, we aired our president, Noël Prioux, apologizing on TV; we invested 40 million reais in the creation of a diversity fund; and we built a committee with nine external members to prepare a plan with eight commitments, currently published on the “Não Vamos Esquecer” (“We Won’t Forget”) website.

We needed to address the security issue and clarify that there is zero tolerance with suppliers regarding racism and other inequalities. The need to give Blacks – that made up 56% of the Brazilian population – the same chances was also perceived. At Carrefour, they are 54% in the first level of the hierarchy, just over 30% in management, and just 21% in the C-level. To change the scenario, several initiatives are needed, such as hiring more Blacks and Non-Whites, and a commitment to hire and help Black entrepreneurs. We signed a Term of Adjustment of Conduct worth 115 million reais, made agreements with the nine family members, and have a robust plan with all the steps disclosed. We have never run away or tried to hide something from the public. We are making it clear that our commitment will not end a year from now. It is also essential to think that social media is an unavoidable communication channel. And that the image and reputation of a company can suffer a lot on social media. It doesn’t matter whether the questions are fair or unfair; they must be adressed.

How has the anti-racist commitment progressed?

S.E.: The fight against racism is now taken on by the Group’s president and by the executive committee. We also have a committee made up of nine external members, most of them activists, whom we met for the first time ten days after the event. At first, it was an almost impossible communication because we didn’t speak the same language, but if you form a group, you want to hear it. We were very open, but at the same time, we wanted to make it clear that the committee has the role of proposing ideas and initiatives to change this situation of structural racism in Brazil.

It is not a matter of just one area of the company; it is a matter for the president and the entire organization.

What lessons have been learned from this episode?

S.E.: If I had to recommend one thing to other companies, that would be creating a diversity committee. We thought we were doing fine, but revisiting the processes and looking at diversity wasn’t doing so well. There is always something to improve, and those outside the group can help.

In internal communication, we have addressed diversity a lot, even before the tragedy. After it, we deepened the concern for transparency also for the external audience. That’s why we created the “Não Vamos Esquecer” website, now also available in English.

Different stakeholders, including investors, are watching us, and this site will continue. It is also important to remember that on April 28, we held a forum for more than 16,000 suppliers with two purposes: accountability and generating engagement to change society. Carrefour does not intend to change 500 years of Brazil’s history alone. The ambition is that, with partners and suppliers, we can change this action.

S.E.: In the first days after João Alberto’s death, we were approached by Brazil’s ten largest consumer companies for an outstanding initiative. They questioned us and began to reflect on how we could change this situation of racism. The Mover – Movement for Racial Equity was born at that moment. The idea is how to accelerate and move more so that society can change. And the conversations are exciting, with the participation of the CEOs. The group is committed to hiring 10,000 Black or Non-White people in 46 companies and generating opportunities for 3 million people.

What are the challenges to achieving the goals?

S.E.: The greatest challenge is a question of culture within organizations. A simple example: hiring Blacks in key positions in the company. Honestly, it’s not a company decision not to hire, but no one said in the past, “I want Black candidates.”

We were clear in saying that we also wanted Blacks and Non-Whites as Carrefour’s security guards, and we hired an excellent professional to lead the department.

The culture change has to be top-down, and the company’s top management needs to be engaged. The point we got wrong in the past is that, at the time, there was an area that took care of diversity and inclusion, and we thought that was enough because we had actions, participated in forums, but this was not really connected with the real life of the company.

What are the communication lessons from a time of crisis?

We have 30 million people a month in our stores. There is a responsibility, and a critical event cannot become an isolated case.

You can have many practices and cultures changed, but people are people. Nothing justifies the problems and tragedies, but I am saying that we are human beings and thus fragile. With crises, we learn a lot.

On social media, there’s no use in swimming against the tsunami. Of course, you can always improve, and it’s easy when you’re out and about to say you could have done this or that. In reality, it is necessary to react quickly, be empathetic in a crisis, show that you are genuinely engaged, and provide solutions for society. For example, in the case of the dog’s death at the Osasco store [in December 2018], we weren’t able to communicate adequately on social media.

In the case of Porto Alegre, when we started to communicate about the committee and we were questioned a lot, but we always took a clear position. Basically, today, I think we had a good performance in social networks and traditional media. However, any controversy that happens is back to square one, and, therefore, cultural transformation is fundamental.

Are there still other vital developments in the ESG strategy that you’d like to mention?

S.E.: I would like to talk a little about sustainability. We adopted the Lago do Cuniã federal reserve, a park in the state Rondônia with 78,000 hectares, and we were very criticized for the wrong reasons. We were accused of agreeing with the government, and I want to clarify that a company like ours has had relations with all governments since we arrived in Brazil.

We participate in the country’s life, and the initiative to adopt a park adds to a series of important initiatives. Another important message I want to leave is participation in forums. In the last two years, we established a dialogue with the government and the third sector.